There is an amazing new treatment now available at Lasting Looks Clinic in Toronto Juvederm™ VOLIFT™ with Lidocaine.

It is the latest addition to the line of Juvederm™ dermal fillers featuring hyaluronic acid. Juvederm™ VOLIFT™ delivers the latest technology and promise more natural and longer lasting results delivered with minimal bruising and swelling. It promises to boost, rejuvenate and refresh each face’s natural contours.

As aging occurs, elasticity is lost, as well as definition and volume. Wrinkles appear around the mouth, the eyes, and the crease, known as the naso-labial folds, between the nose and the corner of the mouth deepens.  Juvederm™ VOLIFT™ with Lidocaine is formulated to smooth deep wrinkles, refresh and rejuvenate the skin, restoring the skin’s natural, healthy look.

Juvederm Volift is the newest technology in dermal fillers designed to reduce facial lines and restore the face’s natural fullness. It is most often used to decrease lines around the mouth, and works particularly well on the deep lines of the nasolabial fold. Juvederm™ VOLIFT™ is a hyaluronic acid, a protein present in the cell walls of the body, making it all natural and therefore producing minimal negative reactions. This latest Juvederm™ utilizes lidocaine to minimize bruising and swelling, making the process very comfortable for the recipient. VYCROSS™ technology makes this state of the art product longer lasting – up to fifteen months!

A typical treatment consists of one to two vials of Juvederm™ VOLIFT™.  The smooth consistency of the product makes it easily injectable and offers excellent control during facial contouring procedures. The formula delivers an even distribution providing more natural look and feel.

For nearly a year, European patients have enjoyed the benefits of Allergan’s Juvederm™ VOLIFT™ with Lidocaine, and now patients in North America will find the latest offering in the Juvederm™ family available at select physicians. As with any medical treatment, patients should find a well-qualified doctor, with the appropriate expertise before undergoing any procedure.

Visit us at Lasting Looks Clinic in Toronto to see whether VOLIFT™.  Is right for you! 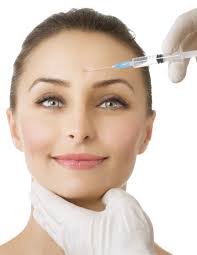 At Lasting Looks Clinic in Toronto in the heart of the Kingsway, our exclusive line of Medical grade chemical peels come in various types and strengths.

Chemical Peels help to fight the signs of aging, sun damage and many skin conditions for the face and body.

Chemical peels are a form of exfoliating agents that are applied on the face or body to remove the rough upper layer of skin and to stimulate rejuvenation of new skin cells. Even though our skin is able to replace old cells with new ones, over time this natural exfoliating process begins to slow down as we age. Therefore our professionals are here to help!

Light and medium peels: are used to remove superficial wrinkles and discolorations

At Lasting Looks our unique Gentle Milk Enzyme Peel treatment is designed to improve skin without downtime or residual excess skin peeling. This is the ideal treatment to brighten your skin and keep it fresh and youthful.

From Cleopatra’s milk baths to products using milk ingredients, many skin experts know that milk is a skin’s best friend whether ingested or used topically!

Lasting Looks Perfect Peel will rejuvenate your skin and leave it looking younger and healthier after just one application. What makes the Perfect Peels so unique? It contains Glutathione (the ultimate antioxidant), which has never before been used in a peel.

Our Deep Milk Enzyme Treatment (Monkey Peel) is used on all skin types for a deep and visible skin peeling.
This peel is effective for tough skin problems such as…