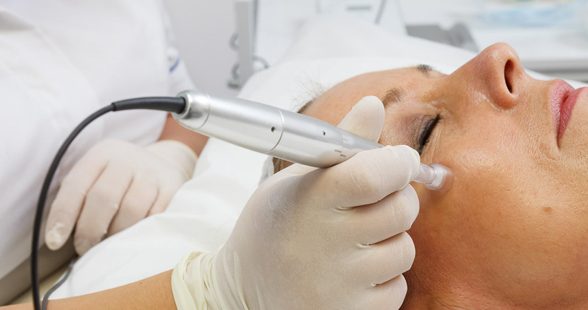 As we age, our natural collagen breaks down and our skins cellular turnover slows down. This causes our skin to lose elasticity and its natural, youthful glow.

Micro needling, also known as collagen induction therapy stimulates collagen, elastin and delivers overall rejuvenation of the skin. By creating micro injuries to the epidermis (top layer) tissue, the healing process causes collagen to thicken and tighten over time. Even after one treatment, skin is improved in texture, firmness and hydration

The question is how often does one need to Micro Needle?

A series of treatments is recommended, since the more consistent the treatments, the better the results.

During an initial consultation, your specialist will advise that a series of 3 to 6 Micro needling treatments will provide cumulative and optimal results. These treatments can be performed approximately every 4-6 weeks.

Micro needling more frequently performed will not create better results, therefore more often is not better, since the healing, inflammation and collagenases processes must take place, before the benefits of micro needling can become evident.

Adding the Dermaroller as a homecare measure can also help improve the penetration of products by 200%, as well as enhance the results of Micro needling.

Once a series of treatments is complete, your specialist will determine what maintenance regime which will best suit you individual skin care goals.

Patients should keep in mind, that as we age, unfortunately we do not produce collagen as easily as we did in our youth, therefore maintenance is the key to any skin care regime.

Microneedling also known as collagen induction therapy, is a skin treatment in which tiny needles penetrate the skin in order to create superficial wounds that stimulate the production of collagen and other growth factors. By stimulating collagen growth with microneedling, the newly formed tissue gets replaced with stronger collagen and elastin, and the dermis contracts to create  more youthful and firm skin

Microneedling has been around for decades and has been advancing with the times, despite its beginnings. Understanding the history of Microneedling will help you better understand the science behind collagen induction therapy.

Micro needling treatments goes as far back as 1905. A German dermatologist named Kromayer first reported controlled resurfacing abrasion of the skin and his technique involved the use of rotating wheels and rasps, which were used to treat acne scars, keratoses and areas of hyperpigmentation

Medical tattooists then discovered that after repetitive sessions of tattooing patients with skin-colored ink, alerted them that it was not the pigment that caused the reduction in scar tissue, but the needles themselves. Although this was not the intention of medical tattooing it shed light on skin rejuvenation, which then opened the door for further medical exploration.

The same year, Dr. Des Fernandes a plastic surgeon, then introduced his own needling device, which consisted of a small needle stamp as well as a dermaroller that was used regularly in his surgical practice to stimulate collagen production.

In conclusion the common response by patients after the initial treatment is that their skin has a “glow” and that fine lines are diminished.

Skin Needling (also known as Collagen Induction Therapy or Dermarolling) is one of the most effective, least invasive skin tightening treatments available today that provides the shortest recovery time.

Micro needling promotes new skin growth through the science of Collagen Induction Therapy. It is the most effective way to stimulate new collagen safely and effectively without the use of lasers or ultrasound.  Micro Needling reduces fine lines and wrinkles, minimizes pore size, diminishes acne scars and provides skin tightening.

As we age our body naturally produces less elastin and collagen, causing laxity and wrinkles. micro skin needling reaches the dermis causing tiny micro-injuries, which in turn triggers the body to treat it as a high priority to fix them. These micro-injuries will trigger growth factors to repair and create new collagen.

During the Micro Needling skin tightening treatment, the penetration and depth of the needles is adjustable, allowing for a customized treatment depending on the severity of your condition and your desired results.

The first advantage is that this procedure does not permanently damage the skin. The skin will actually become thicker. The advantage of wrinkles being filled in by the collagen production triggered with needling is that the results are long-lasting compared to injected dermal fillers.

After the initial treatment, patients often notice that their skin has a healthy pink glow and that fine lines are diminished. Skin naturally takes roughly four weeks to synthesize new collagen. Most patients notice a vast improvement in skin tightening, even after the first Medical Needling procedure.

When Medical Needling and Home Care Needling are done in conjunction with skin care products containing growth factors; you will see a noticeable difference in the skin’s elasticity, texture and firmness.

Lasting Looks Clinic recommends a series of four to six sessions is recommended. For more information on the Derma Roller and Medical Skin Needling visit: https://www.lastinglooks.ca/micro-needling-toronto 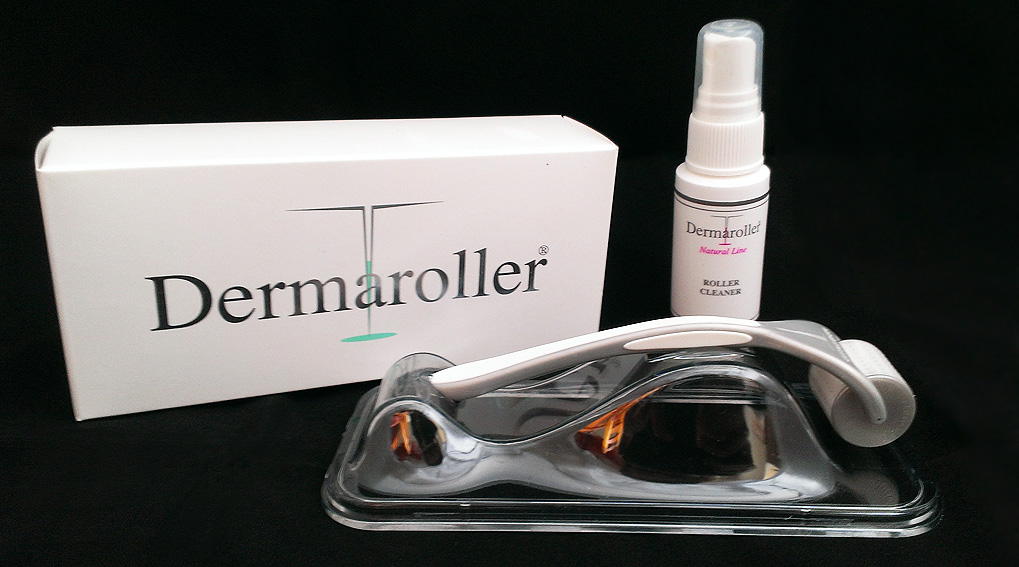 Dermarolling is also known as Cosmetic Micro-needling and Medical Needling.

There are two types of Derma Rollers.

One is for home use and the other exclusively for clinical treatment.

The main difference between the two, is in the number of the micro needles used, as well as the depth of penetration in the skin.

Lasting Looks Anti-Aging & Laser Clinic suggests that patients use the home care Dermaroller initially 2-3 times per week to pretreat their skin before having the deeper in clinic mico- needling treatment.  Patients will also use your home care Dermaroller to maintain results as well improve the penetration of their skincare products.

To better explain how the home care derma roller works, remember that the top layer of the skin effectively blocks most substances from entering the body, however DermaRolling creates thousands of temporary microscopic channels in the skin allowing your active products to penetrate up to 200 times more.  Without derma rolling your skin you are wasting 99.7% of your product.

These micro channels produced by the Dermaroller close after a few minutes.  Therefore there is a limitation of time to apply your topical products so that they are effective at penetrating the skin to receive full benefits .

Initially with the Home Care Dermaroller,  you may experience mild exfoliation and pinkness of the skin for the first few days, but this will subside with regular use.  Patients’ first notice better hydration and  healthy glowing skin.

Benefits of the home dermaroller are:

Lasting Looks Anti-Aging & Laser Clinic offers the home Dermaroller as well as in clinic treatments.   For more information on the Dermaroller for home use visit: https://www.lastinglooks.ca/dermaroller-toronto/ 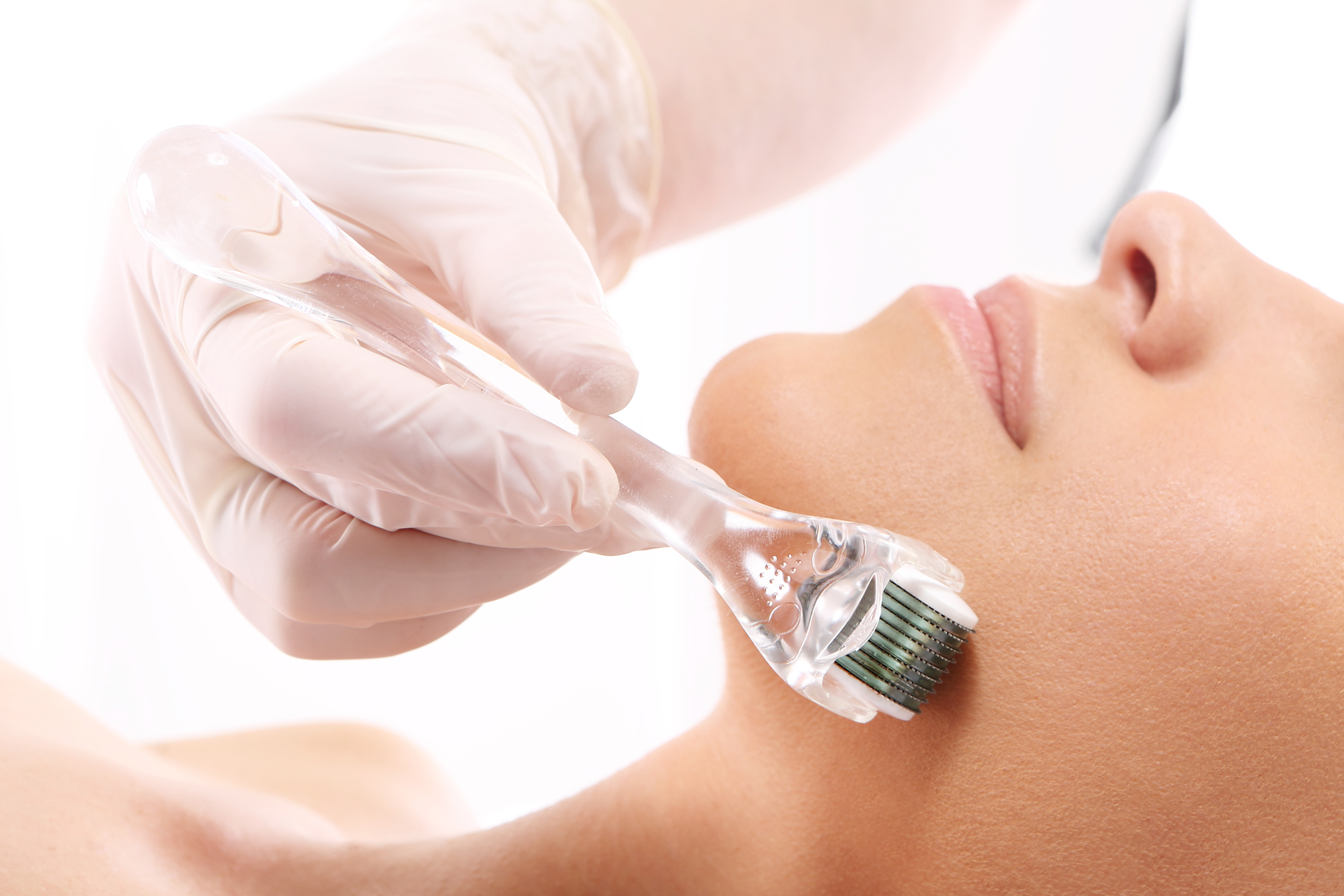 Micro Needling and Fraxel Laser treatments have become two of the most impressive treatments in the cosmetic and aesthetic industry.

Both procedures are quite effective at improving wrinkles; sun damaged skin, stretch marks, fine lines, as well as scarring. Both use the same principle of stimulating collagen production by causing a controlled skin injury in the skin, triggering the body’s response to produce more collagen and growth factors to repair and restore itself.

One of the main differences of Fraxel is that Fraxel is a heat-based laser that burns off parts of the protective epidermal layer, removing tissue that can result in a much longer recovery time. There is usually some discomfort and a fair amount of swelling and redness for at least a week or months depending on the aggressiveness and intensity of the treatment. Fraxel is not appropriate for all Fitzpatrick skin types, as darker skinned patients may experience hypo or hyperpigmentation from the treatment.

Micro-needling (derma rolling) differs since it does not use heat nor does it not remove layers of skin. Micro-needling also creates micro-injuries (tiny vertical channels in the dermis) that heal rapidly when compared to the recovery time of Fraxel. There is very little downtime with the needling procedure. Most patients will experience a pink tone to the skin and mild dryness for a few days after the treatment, and are able to go about their regular routine including wear makeup within 24 to 48 hours.

The number of treatments needed for both treatments depend on the extent of your sun damage, acne scarring or wrinkles. Generally an average of 3 treatments spaced 6 weeks apart will give optimal results. Gradual improvement occurs with each treatment.

To book a complimentary consultation with one our specialists at Lasting Looks Clinic in Toronto visit: https://www.lastinglooks.ca/