Botox injections are used for relaxing frown lines in the forehead, providing a brow lift or relaxing wrinkles around the eyes.
A new trend for Botox patients is “Baby Botox” which is essentially a normal Botox treatment but fewer units are injected.
Baby Botox, is the new “au naturel” look for minimizing wrinkles while still allowing facial movement.
Baby Botox has become more popular among first-time patients who desire to see what Botox can do while still having some movement.
Baby Botox relaxes the same muscles as a regular Botox treatment but uses a precise technique and injection point with fewer units.
Younger patients that do not have deep wrinkles are ideal candidates for Baby Botox and can use this treatment to help prevent or delay wrinkles in future.
Because Baby Botox treatments use a lower dosage of Botox, it will wear off quicker and require patients to repeat the treatment every 6 -8 weeks, whereas regular dosages of Botox will wear off in 3-4 months.
Sometimes less can be more; learn more about Baby Botox by booking a consultation!
Visit Lasting Looks Clinic in Toronto today for your Baby Botox injections. 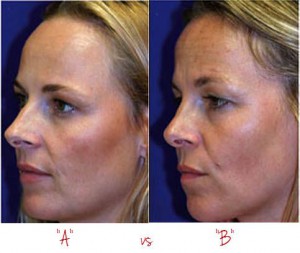