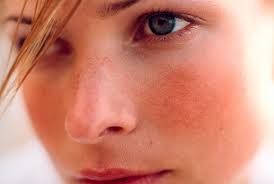 A staggering 65 per cent of women over 25 years of age report problems with rosacea and facial redness.

Women over 35 years of age, claim it is one of the main reasons women look older than they are.”
Redness is caused by the tiny capillary veins under the skin becoming dilated so they show through and leak blood, making the redness permanent,
Most rosacea is usually in the shape of a “butterfly” mask of redness over the nose and cheeks.

Hormonal changes, pregnancy, and menopause can make reddening worse,
There are solutions to ensure that the future is not so rosy.

Laser and IPL Photo Facial Treatments at Lasting Looks Clinic in Toronto
Whatever the cause of facial redness Photo Facials and intense pulsed light or IPL for short clinic treatments effectively target red pigment, sealing capillaries and destroying them.
Guess what ?? These lasers also have an anti-aging, collagen-boosting effects.